A trident is a spear with three prongs. In the ancient times, people used it for fishing and later on as a weapon in battles. In the classic Roman and Greek mythology, Trident is the weapon and the symbol of Poseidon and Neptune. Also, in Hindu mythology, it is the weapon of the supreme being Shiva. Trident has an exciting history and many beautiful meanings. So if you are thinking of getting a trident tattoo, stay with us for a while. We’re going to take a look over the history and meanings of this weapon. And as always, we have gathered a beautiful collection of tattoo ideas.

Trident tattoo – a powerful symbol with many meanings

You may already know that Trident is the most common symbol of the power of the Ancient Greek and Roman gods of the sea – Poseidon and Neptune. We can always see them holding a trident, so there’s no wonder why it became the symbol of their power. However, it has much more meaning than that. It also represents a storm, and its three prongs stand for the three burning tongues. Moreover, in different cultures, a trident means completely different things.

For example, the orthodox church uses a trident as a symbol of the Holy Trinity. On the other hand, we can find many images of Satan holding the trident as his primary weapon. For Buddhists, the image of the trident signifies the three treasures of Buddha. It also symbolizes the destruction of the three sins: anger, laziness, and desire. In Tibetan culture, the trident is a magical weapon which protective deities use in their battles against the evil forces.

As we have said in the first paragraph, Trishula (trident) is the weapon of the Hindu God of Destruction Shiva. The word ‘Trishula’ comes from the Sanskrit language in which ‘tri’ stands for ‘three’ and ‘Shula’ means ‘spear.’ Although Trishula has various meanings and interpretations, the most common definition of it is Trinity. The trinity of the matter: creation, maintenance, and destruction. Or the trinity of time: past, present, and future. It also represents the three Hindu deities – Brahma, Vishnu, and Shiva and each power of these gods – creation, maintenance, and destruction.

Goddess Durga, the wife of Shiva, also has a Trishula in one of her seven hands and with it fights the evil demons. A Hindu legend tells us how Shiva hit the head of his son with the trident. The weapon was so powerful that the head flew so far away that it could never be found. In fact, among the many representations of Shiva, very few depict him without a trident. Moreover, some texts describe Shiva as ‘Trishula Dhasa,’ which means ‘the one who carries the trident.’

Recently, archeologists found some images of Shiva more than 2,000 years old. These images are the earliest depiction of a god carrying the trident. In these representations, we can see that Shiva also carries an ax and a wheel. Some researchers of Hindu art have believed that the early images of Shiva could have been inspired by the ancient Greek hero ‘Hercules.’

Based on the information above, we can’t define trident as one particular symbol. We see that it has meanings that are opposite. For example, Trident can symbolize power and superiority. However, at the same time, it can also represent things such as desire, will, and love. We can see that one culture uses it to portray the wrath and power of their gods, and for another culture, it is a symbol of protection.

As with any other tattoo, it is essential to understand and know all the meanings of it. You can choose only one of these meanings or all of them if they are close to your personal beliefs. Also, you can give your tattoo an entirely different sense. For example, it can remind you of your goals, or it may be a remembrance of a close relative who passed away. Finally, you don’t have to ‘add’ any meaning to your tattoo if you don’t feel like doing so. If you just like the design – it’s a good reason to get it.

How to choose the right place for a trident tattoo?

Choosing the right place for any tattoo is one of the most important steps before getting it. Unfortunately, there are still many companies who have a strict non-tattoo policy. So if you’re in that kind of business, you should avoid places like hands, wrists, neck, ankles and such. Speaking of a trident, it will look great on any part of the body. One of the greatest things about Trident is that you can either make it big or tiny, and it will look good in both ways. For more significant pieces, your back, arm or leg is the best choice. But if you’re more into smaller designs, consider getting it on your forearm, chest, calf or rib cage.

Like with all tats, there are various options of a trident. While we were looking for some of the best examples, we discovered that the most popular ones though are black, small trident tattoos. Although we can see that men prefer it more than women, we can see that ladies also love small trident tattoos on their ankles or forearms. Of course, gents are the ones that get huge pieces on their backs or all over the leg. Check out our collection of trident tattoos. We think you’ll enjoy it and find your dream idea here! 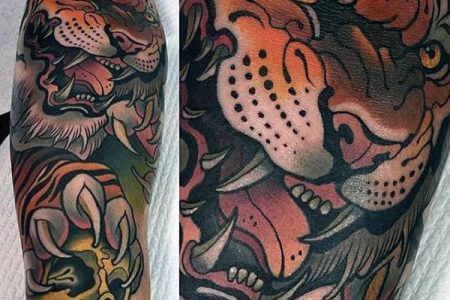 Neo Traditional tattoo style first time appeared around the early 2000's. Since then, little by little it spread around ... 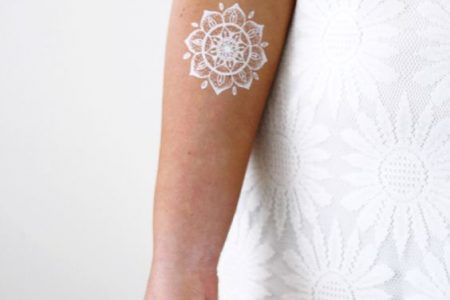 White tattoos got a lot of attention during the past few years. They are especially popular among the women and also tho... 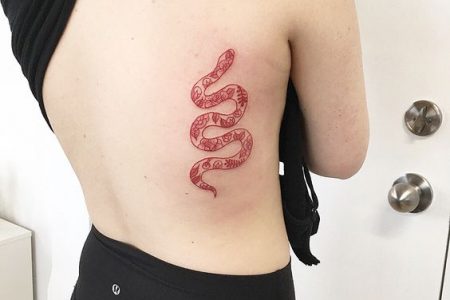 Dating a Tattoo Artist: Things You Need to Know

One reason so many singles are attracted to online dating is the way you can contact kindred spirits. After undergoing a...