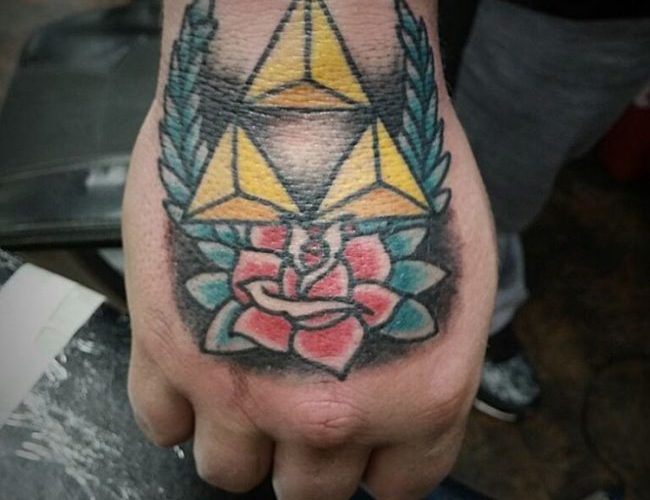 Triforce tattoo is a fictional divine artifact of good luck which came from the video-game series ‘The Legend of Zelda‘ by Nintendo. If you are thinking of getting this tattoo, keep reading to learn more about its meaning and to see the best examples of it!

The origin of Triforce symbol

No one knows precisely, who was the first to get Triforce as a tattoo and when did it happen. But we do know, that it has been quite popular lately and seems to be getting more and more attention. It is best-known around the gamers’ community, and often people who have this tattoo, don’t even know the meaning of it.

In the video-game ‘The Legen of Zelda’ it is a sacred symbol that consists of three connected golden triangles, and it has mystic powers. Three gold goddesses left these triangles: the goddess of wisdom Nayru, the goddess of courage Faroe and the goddess of power Din. Therefore, each triangle holds the essence of each goddess. So, it is a symbol of wisdom, courage, and power combined.

Although it came from a video-game, the Triforce tattoo is famous not only among the gamers. It is a beautiful design that also has a component of mythology in it. In the ‘Legend of Zelda,’ if you assemble all the triangles, the Triforce allows you to make a wish and grants it.

According to the Sheikah legends, the Triforce can determine if the person has a balance between the three forces. If he doesn’t have it, then the Triforce breaks into three separate parts until someone assembles it again. The piece of the Triforce that best personifies the person will remain in his hands. The other two parts will disappear.

So, we can see that Triforce as a tattoo is perfect for a person who likes fantasy world. It symbolizes the balance of wisdom, courage, and power. If you want to achieve something, your heart must be pure, and you must be wise, brave and strong.

In the examples below, you will see that the size of this tattoo is universal. So, you can get it almost anywhere on your body. The most popular placements though are shoulder blade, arm, wrist, and neck.

Often, Triforce appears together with a sword in the background. In the game, it has the name of the ‘Master sword‘ or ‘Blade of Evil’s Bane,’ and it seals the darkness. So, it can be a great symbol of fighting evil within yourself or around you. 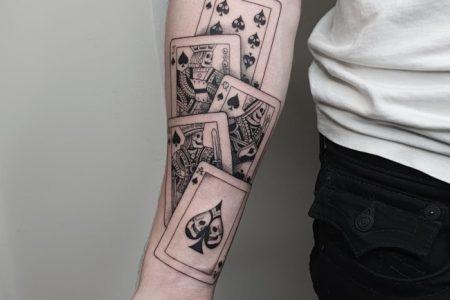 Card games that use the standard 52-card deck have remained consistently popular through the decades. In 2020, the ... 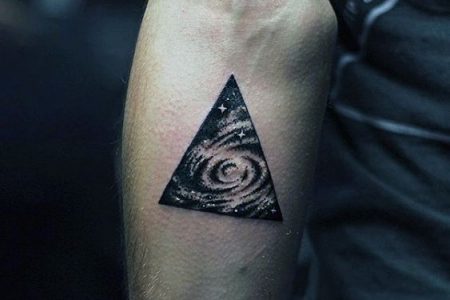 Galaxy Tattoos: 42 Most Beautiful Ideas for a Perfect Tattoo

Galaxy tattoos are one of the most beautiful tattoo categories. Galaxies are almost unexplored by humans, and it makes t... 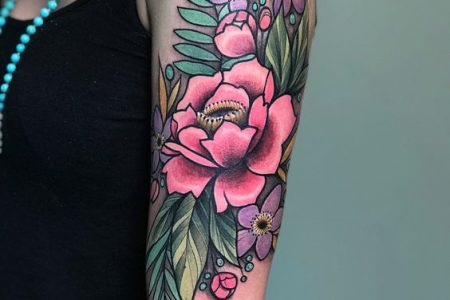 Categories Other TattoosPosted on January 16, 2023

Tattoos have been around for a long time but show no signs of slowing down. In fact, tattoos are getting hotter and hott...