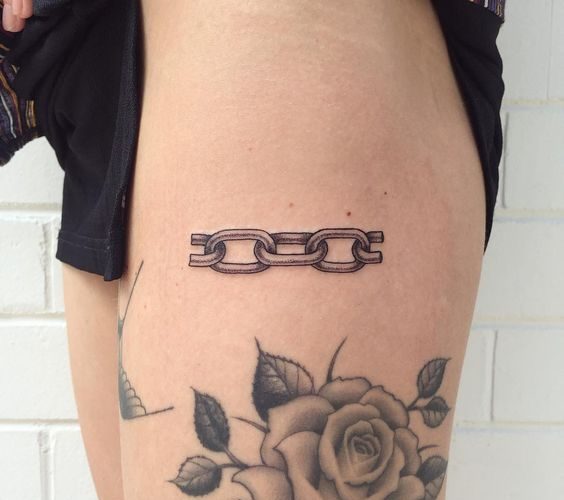 Nowadays, a chain tattoo is not something that you can see very often. Probably it is because the first association of it for most of the people is slavery or crime. Although it is right in some way, a chain can symbolize many other and much more positive things. So, if you are thinking of getting a chain tattoo, stay with us for a while! We will go through the symbolical meaning of the chain as well as the best examples of tattoo ideas.

As you already know, people often avoid chain tattoos because of the misconception of the symbolical meaning. At least we no longer associate it with slavery, but there’s still a strong belief that the chain is an ultimate tattoo of an inmate. But that is not the case. Tattoos have become an integral part of today’s modern society, and every symbol now can have a different meaning than it had before. So as the chains or any other type of tattoo. You shouldn’t limit yourself regarding tattoo ideas only because you’ve heard some rumors about unconfirmed facts.

Positive and negative image of chains

Chains are probably one of the most controversial tattoo designs. That’s because of the already mentioned association with slavery and imprisonment. Of course, we can’t ignore the apparent relation between the chains and the image of a medieval prison or slavery. However, the same image represented differently can mean the opposite things.

For example, we can find the chain as a symbol of imprisonment and oppression in many art forms. We have paintings, books, movies, sculptures, and old manuscripts. We can even find the image of a chain in the Bible. All of these are evidence that will never erase the negative symbolism of it from a human mind. But, if you took the same chain and broke one link of it – you will have a completely different symbol that represents freedom.

Another value also comes from the olden days. A golden chain was a sign of the aristocracy and privileges. Only the richest could afford it, so a gold bracelet or a ring represented one’s social status. With this in mind, we can draw another negative image of the chain: while some people are starving, others are living in luxury and buying expensive stuff.

And yet again, in another context, the same image can symbolize an entirely different meaning. For example, two links of a chain is a representation of unity between two loving hearts. In other words, it’s a symbol of love, and it delivers an opposite message than a golden chain.

So, what do chain tattoos mean then? Well, as we have mentioned above, it depends on what meaning you would like to give it. There are two types of images of this tattoo: negative and positive. The negative symbolism of the chain comes from the history of slavery and imprisonment. People used to chain the prisoners so they couldn’t move or run away. Although in today’s world we no longer use a chain for this purpose, we can still see the reflection of this negative image. So, a chain tattoo can symbolize an injustice, or it can represent the way how a person feels. Maybe you’re sad about what’s happening in the world, how there are still many impoverished countries and the world is doing nothing about it.

However, there is also a positive image of the chain symbol. A broken chain represents freedom. If you have freed yourself from some addiction that was binding you, it is a great way to mark the end of it. It is a symbol of your new beginning or a new chapter of your life. It will also remind you to stick to your goals, never give up, and never make the same mistake in the future.

Another definite meaning of chain is love and interconnectivity. A separate chain link can do nothing, but together they form a strong unity and can hold heavyweights. And so do the humans, if we join and work together, we can make something huge. Thus, a chain can also symbolize the strong connection between you and your friends or family members.

The negative image of a chain is slowly disappearing. And it’s not only because our modern society no longer uses it as a tool of imprisonment. But it’s mainly because this generation only has heard about it from the books. And the next generation will likely won’t even know the fact that people once have used chains for this kind of purpose. We are free from slavery and inhumane conditions in prisons, so we are lucky to live in this age. If you are still not sure if you want to get it – take a look at our selection of the best chain tattoos below. We are confident that you will find something inspiring, and we hope you’ll get your next tattoo soon! 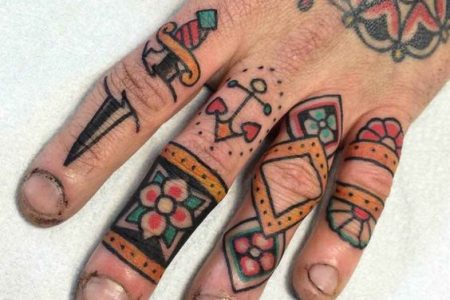 Small traditional tattoos weren't so popular for the past few decades. But today this trend is changing, and more people... 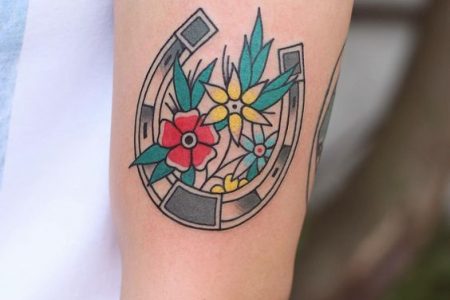 Horseshoe Tattoo Ideas That You Won’t Find Anywhere Else

Horseshoe tattoo is a well-known symbol in all over the world. It's a universal symbol of good luck, which people have b...