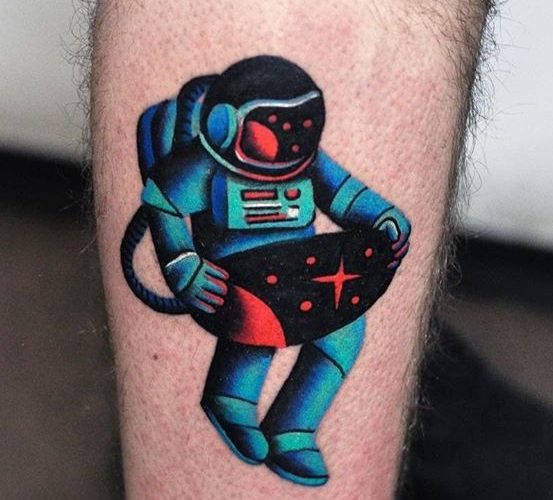 Astronaut tattoo is not something you will see very often. But in the recent years, it became more popular thanks to the movies such as The Martian. If you are looking for astronaut tattoos, keep reading because we have gathered the best ideas just for you.

History of the astronaut tattoo

In the ancient times, people have created myths and stories about the stars and the planets. After some time, they learned that the earth is not the center of the universe. Later, the scientists observed the first planets with the telescopes. But little did they know that humans will very soon visit the cosmos.

Although, it has been more than 50 years when the first human entered the space, but astronaut tattoos were not popular all that time. And the problem was not the astronauts, but the science. Science was not a trend nor a hit. During the cold war era, science was a tool used by two powerful countries to show who’s best at everything. And so was the cosmos – the Soviet Union and the US were in a hurry to get a man into outer space.

Because of hurrying of the process, many astronauts have died. Often, these deaths happened because of the human error that could have been prevented. But, after many tries and fails, humans were finally in the space, and in 1969 Neil Armstrong was the first human that stepped on the moon. When the Soviet Union collapsed in the early 90’s, the space race ended. Science entered a stage of peace and collaboration.

During the past 28 years, we have discovered even more about our universe. Also, our technology became more advanced, and we can now prevent the astronauts from many disasters. We created an International Space Station where astronauts live and do various science experiments.

So, as we can see, the image of the astronauts have changed since the first missions to the cosmos. At first, they were a symbol of human strength and willpower, and this image was perfect for the propaganda. Later, we saw that even the strongest astronauts such as Buzz Aldrin who landed on the moon with Apollo 11 had many psychological problems back in the earth.

Today, the image of the astronaut is much different then it was 50 years ago. First of all, they are the symbols of intelligence. They popularize science and encourages young people to become scientists and most importantly – to explore. So, another meaning of astronaut tattoo is the exploration and discovery.

As we can see, astronaut tattoos are for those people who love cosmos. If you like to fantasize about the outer space and distant galaxies – it can be a great reminder of what is most important for you. Take a look at these ideas, and maybe you’ll find a perfect one for yourself!

Mandala tattoos are a huge trend in the tattoo community these days. They look cool and are suitable both for men and wo...

Categories Other TattoosPosted on April 19, 2018

Family tattoo ideas always have been popular in the tattoo community. Of course, like any other type of tattoo they diff... 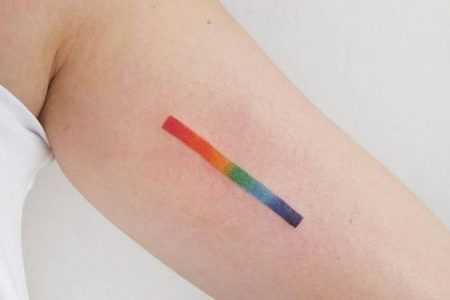