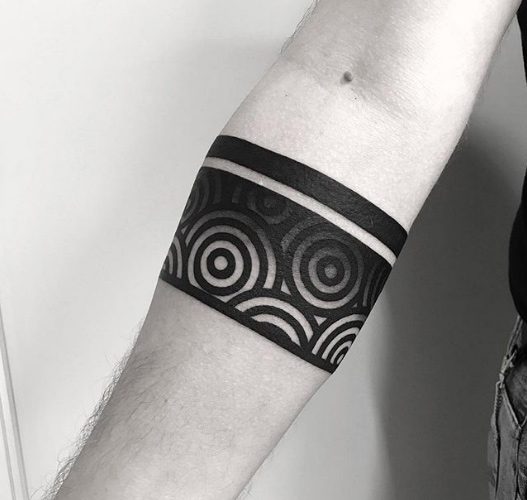 Armband tattoo became very popular in the past few years. Some tattooists claim that this tattoo is going to be the most popular this year. As the trend continues to grow, we decided to dig into this type of tattoo and collect the best examples. So, if you were thinking of getting an armband tattoo, don’t go anywhere else – we’re sure that you’ll find it here!

What does the armband tattoo mean?

First of all, an armband stands for only to tattoos on the arm, but you can also ink these on your wrist, thigh, ankle or calf. Basically, it’s a tattoo of a band that surrounds your upper or lower arm. Usually, the armbands themselves don’t have any specific meaning and are purely ornamental. However, there are some interesting facts you should know about them, before getting one as a tattoo.

In the bronze age, people used to wear metal armbands. Some of those were so tight that it wasn’t possible even to remove them. It may be, that these bronze armbands were symbols of a wearer’s social status or so.  In medieval jousts, the ladies would tie a piece of a band over the knight’s arm, and in this way, he showed his love to her.

Sadly, the armbands also have some negative associations. For example, many distorted ideologies such as Nazis wore swastika armbands as their primary symbol. On the other hand, you can find the armbands on a lot of military and police uniforms, so it can also be a symbol of defense and protection.

Also, in some cultures, the black armband is a symbol of a loss. Usually, people wear it only on rear occasions when a family member or a close relative passes away.

There are several different styles of armbands. They may also differ in color and width – some are thinner, some thicker. Each of them is unique and beautiful, so in the end, it doesn’t matter which one you choose. Here are the most popular styles.

The first type is the minimalist style of armbands. They usually consist of simple, black lines that surround the whole arm. The color or the width of the armband may differ. Also, it may have more than one line, and the edges may not be sharp, but disappearing in a dot-work style.

The next type is a geometric armband. The title says it all – these are the same minimal style armband tattoos, but there are also geometric shapes with them. Another quite popular type is sacred geometry – a pattern that consists of repeating shapes – triangles, ovals and such.

It seems like this type is more popular among the ladies than gents. However, guys should also look into it because it looks lovely.

Now, this type has been a real trend in the past year. By using the dot-work technique, the artist creates the layers to make a landscape. The most popular choices are the forests, mountains, and seas.

Tribal and other pattern armband tattoos

Last but not least – tribal and traditional patterns. This style is usually a choice of the men since these designs are more rough and sharp. 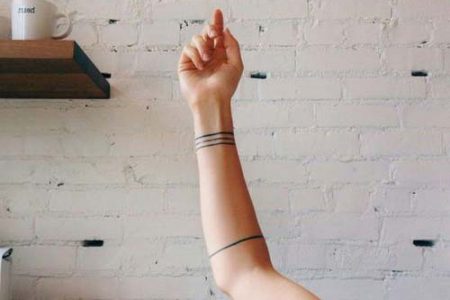 Simple arm tattoos are a great way to express yourself. It is a perfect choice if you're getting your first tattoo becau...

Elbow tattoos became very popular in the past few years, so there are lots of designs to choose from. Usually, men like ...