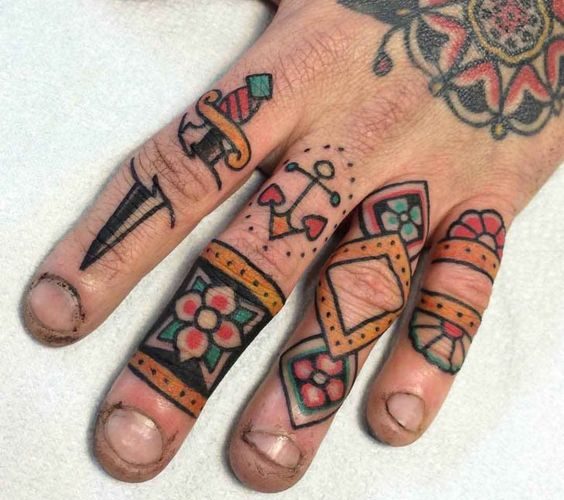 Small traditional tattoos weren’t so popular for the past few decades. But today this trend is changing, and more people want to get a classy tattoo. So, if you’re looking for small traditional tattoo ideas, check out this page. We’ve gathered lots of cool classic small tattoos. Let’s begin!

The origin of small traditional tattoos

Best placements to get a traditional tattoo

The most popular placements for small traditional tattoos are fingers, hands, and wrists. Arms are also a trendy placement. But you shouldn’t limit yourself just to these choices. Because it’s going to be small, you can get it almost wherever on your body. So be creative!

By the way, the world’s greatest tattoo artists consider this style of tattooing the most challenging. It requires a lot of skill, which a tattooist gets through practice, experience and time. In today’s modern tattoo world, it has become a challenge for the artists to maintain the old styles without losing their originality.

Remember that if you don’t like the whole concept of traditional tattoos, you can always take just one part of it. For example, you can combine a classic tattoo with a new style. Large and sophisticated tattoo designs look good, but that’s why small traditional tattoos are so awesome – they are simple and easy to get.

The most popular traditional tattoo designs are hearts, swallows, skulls, swords, and daggers. Also roses, letters, snakes, lions, eagles, and ships. You can get these designs in a large format with perfect detailing. But, when we’re talking about small traditional tattoos, we know that we can’t shrink an eagle to a tiny tattoo and maintain an excellent detailing. So, before getting any tattoo, you should think out what kind of design would you like to get. 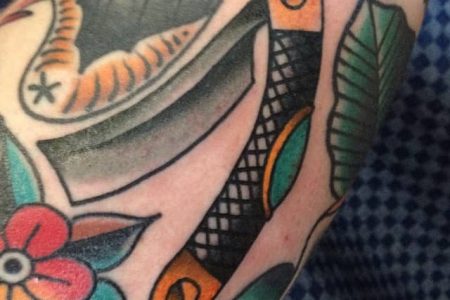