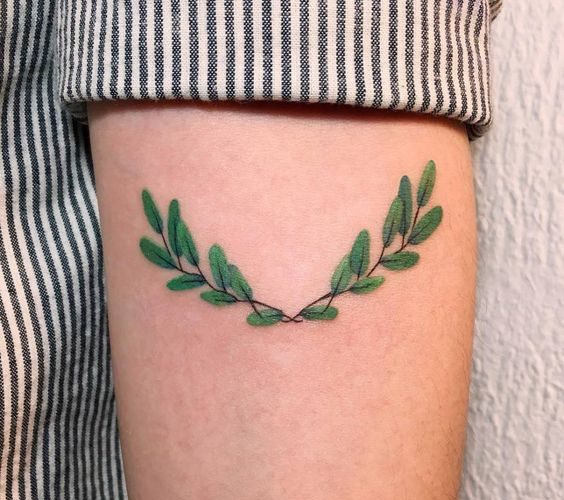 This post was developed via a partnership with BetterHelp.

Getting a tattoo is often associated with a positive emotional response. Experiencing a surge of positive emotions at the time of obtaining a tattoo is a potential confidence booster. The confidence and happiness you feel after acquiring a new wardrobe or hairdo, or after being praised for your achievements, can be replicated with a tattoo, but it will last a lifetime. Feelings of pride, contentment, success, and delight might result from finally fulfilling a long-held ambition.

Can you believe that some people actually count down the days until they can get another tattoo? This eagerness is a wonderful diversion from negative emotions and a redirection of attention to proactive, positive areas of life that are in your control. This eagerness is indicative of the discharge of feel-good endorphins and adrenaline.

Whether you’re dealing with the blues or a more serious mental health issue, a tattoo can serve as a constant reminder that, though difficult, adversity is a necessary part of development, and you will prevail. Here are some other ways that tattoos can actually be good for you.

Those who have tattoos can attest to the self-assurance that comes with a new design. It’s exhilarating, and it makes you want to show it off, much like getting a great haircut. However, I was surprised to see that the ego boost doesn’t apply solely to freshly inked individuals.

College students’ tattoos were linked to higher levels of confidence, according to a survey of 2,395. Even more so, the more tattoos one has, the more assured one feels. Results showed that respondents with four or more tattoos rated themselves much higher than those with less. Those who had previously suffered from depression were disproportionately affected by this.

This could be because getting a tattoo symbolizes taking back some kind of power over one’s identity. And it lets you get back what was taken from you. Visit this page to learn more about how improving your self-esteem can have a positive ripple effect on other areas of your life.

The common sentiment among those who have recently gotten their first tattoo is a desire to get another one soon. Some may be taken aback by this and wonder, “Don’t tattoos hurt?” Others might attribute it to the wearer’s newfound confidence or coolness as a result of their ink. From a scientific point of view, though, there is a lot more happening.

Tattooing itself is a major lure that keeps people coming back for more. A tattoo will hurt, but the discomfort is what makes the tattoo’s aftereffects so rewarding. The mix of endorphins and adrenaline released by your body causes you to feel extremely happy and content. As a result of this sentiment, many go return to their original tattoo parlor.

The cortisol levels were measured in the same study as the immunoglobulin A levels. The stress hormone cortisol. Since cortisol dampens the body’s immunological system, this hypothesis was investigated.

The immune-boosting effects of tattoos were found to be multiplied by the reduction in cortisol levels that comes with having multiple tattoos. Having excessive cortisol levels has been linked to a number of negative health outcomes related with stress.

That’s just to name a few, by the way. As a defense mechanism, the body releases cortisol in an effort to dull the sensation of pain. However, this advantage isn’t always worth the costs. After receiving multiple tattoos, the body’s natural response to the stress hormone cortisol becomes less robust. Thus, cortisol levels go down and stress disappears.

They Can Improve The Efficacy Of Vaccines

Ineffectiveness and high prices are the biggest problems with vaccines. Science is learning how to make vaccines more cost-effective through the study of tattooing. Instead of injecting the vaccine, they are applying it via tattoo.

Tattoos are used to securely administer many doses of DNA vaccinations at once. Increased humoral and cellular immune responses compared to conventional vaccination administration are the result. As much as 16 times as potent.

DNA vaccines are less expensive to manufacture, which increases their availability. Laboratory studies employing the vaccination approach to combat HPV have shown promising results in mice. Furthermore, tattooing is currently utilized for additional medical applications as a delivery mechanism. The ink used in the vaccine tattoos is temporary, so no marks will ever be seen.

How To Cope With Chronic Stress

Presented by BetterHelp. If left untreated, chronic stress can have serious consequences for a person's physical and ... 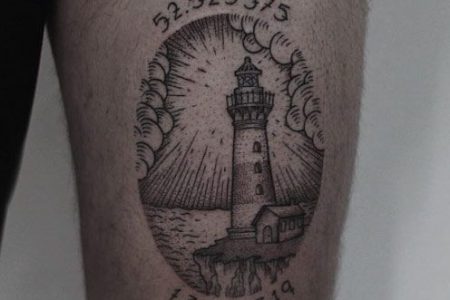 8 Tips And Tricks For Taking Care Of Your Exposed Ink

If you've just gotten a new tattoo, congratulations! You've made a big decision and now have a beautiful work of art on ... 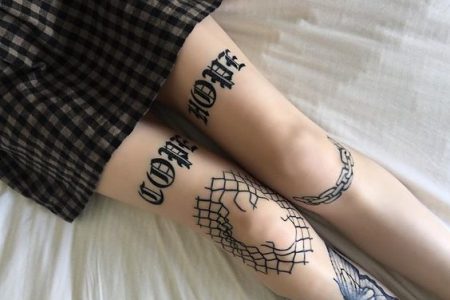 Ways to Keep Your Skin Healthy After Getting a Tattoo

Getting a tattoo is probably a groundbreaking decision to make. Tattoos always have some deeper meaning, even if it is j...