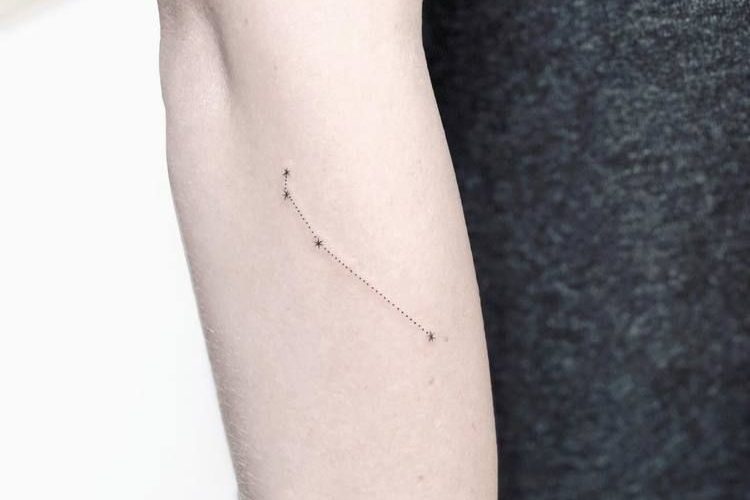 Aries constellation tattoo is a beautiful image full of many symbols. For thousands of years, people wondered what were those shining tiny dots in the sky. The early sky observers discovered the patterns and images that reflected their lives. They connected the stars with lines and formed various objects. Mostly, it was their Gods or mythical creatures. As of today, there are 88 official constellations. Most of their names come from the ancient Greek mythology. In this article, we’re going to talk about the history and the meaning of the Aries constellation tattoo. So, if you were thinking about getting it – keep reading, because we have gathered a beautiful collection.

Aries constellation in the Greek mythology

The story involves Phrixus and Hele – the children of King Athamas and his first wife, Nephele. Legend tells that Athamas’s second wife Ino hated his children and decided to murder them. To do this, she caused a famine and later falsified the message from the Oracle of Delphi. In her letter she wrote that to stop the hunger, they need to sacrifice Phrixus. Athamas was about to do this, but Naphele sent Aries to save her children. Unfortunately, Helle fell off of Aries back and drowned into the Sea Of Helle (named to honor her). When Phrixus arrived, he sacrificed the ram to the Zeus and gave the fleece to king Aeëtes who hung it to the sacred place.

It is one of the twelve zodiac constellations. Aries is the first sign that appears in the sky at the beginning of the new year. So, it is a symbol of new beginnings and fresh ideas. It represents strength, impulsiveness, and vigor. Aries also symbolize the fire element. Therefore it is very close to Sagittarius and Leo signs. According to astrology, people with the Aries sign are innovative, ambitious but respectful leaders. They are fair, but can also be irresponsible and sometimes even a bit aggressive. For ancient Egyptians, Aries was the god Amon-Ra, who had the human body and ram’s head. He symbolized fertility and creativity.

It is a lovely tattoo that is suitable for both men and women. Because of its small size, you can get it practically on every part of your body. Of course, it will make much more sense to get this tattoo if Aries is your Zodiac sign. But, if you’re not into astrology, and love the beauty of the stars – it is also a perfect option for you. Take a look at our selection of the most beautiful ideas. We hope you will find inspiration for your next tattoo. 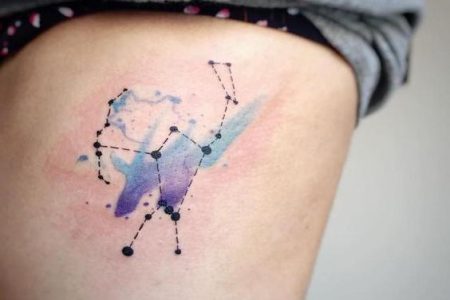